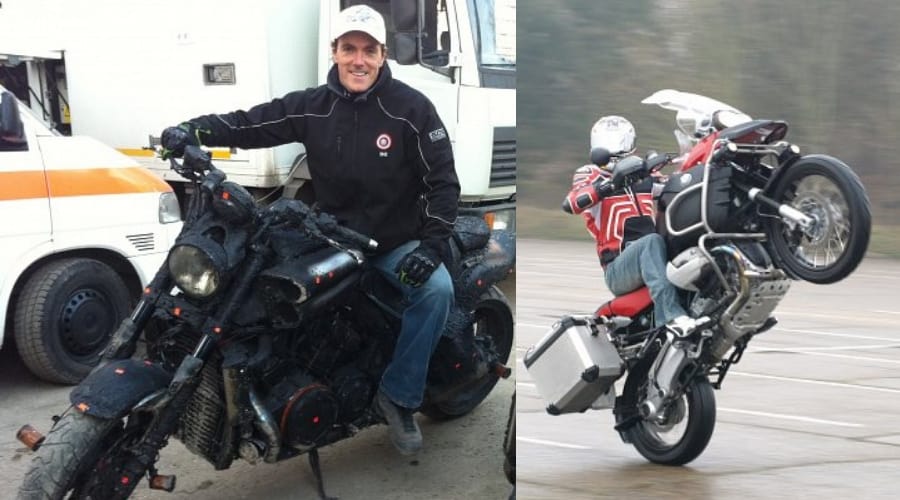 Rick has been riding bikes since a very early age and involved in almost every type of motorcycle sport.

As a teenager, Rick would often borrow his fathers bikes and spend a lot of his time green laning. His first bike was Yamaha DT50 when he was sixteen which he rode on the roads, not progressing into Road Racing until he was in his early twenties.

Rick moved to London when he was twenty-one to work as a Thai Boxing Instructor. He was already racing bikes and started getting work on films in action sequences. His success prompted Rick to start training to get onto the British Stunt Register to make a career in the film industry as stunt man.

Rick started Stunt Riding around 1998, adding to his skill set for the Register and after 3 years of honing his craft on a ZX9R, WR400 and Supermoto he became a member on the Register in 2001.

For the past 18 years he has made a full time career with film and TV work across the globe and has doubled as Nicholas Cage for stunts in GhostRider and performed riding stunts Mission Impossible, Skyfall and Spooks amongst many others including commercials.

Rick likes to ride at Stunt Events but chooses not to compete but to ride for fun and share his skills and experience with others.

Rick is constantly practising and advancing his skills to ensure that he can perform the numerous difficult tasks required in his career.He currently rides in Motorcross, Trials, Enduro, Stunt Riding, Road Racing, Flat Track, Supermoto and Speedway.

He has been fortunate enough during this time to work on some of the world's biggest movies with the greatest Directors and Stunt Coordinators, doubling for actors such as Brad Pitt, Nicholas Cage, Gerard Butler, Colin Firth, Hugo Weaving, Michael Fassbender and Mark Strong. 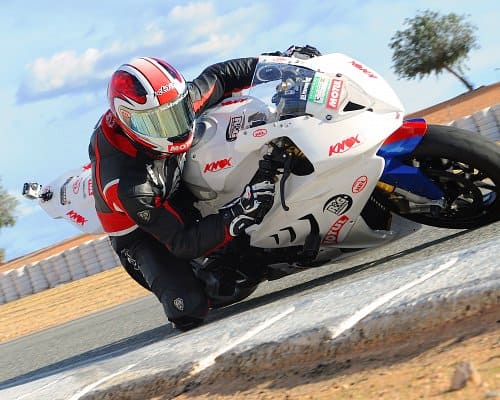 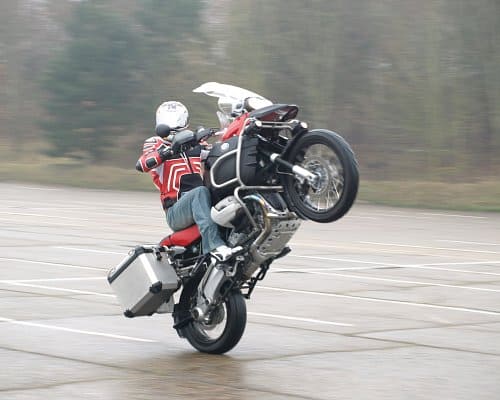