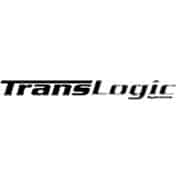 seen it cheaper? get a price match

Let's make sure it fits
Add a vehicle to check

Suitable for the following bikes: